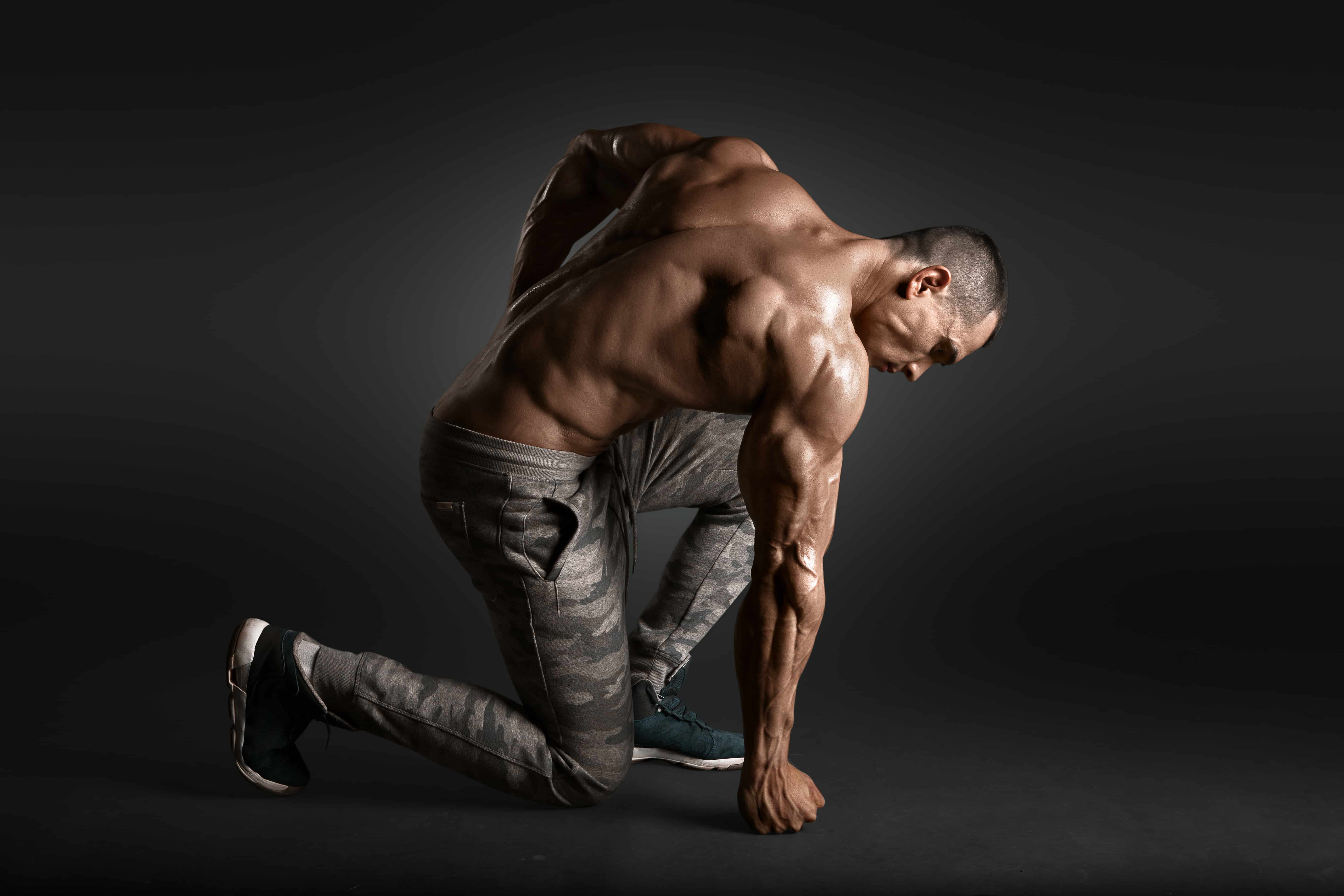 Crossfit is one of the latest fitness crazes and has thousands of fans all over the world. It is considered one of the best ways of toning your muscles and improving your stamina and coordination. According to the official CrossFit website, it is a fitness regimen developed by Greg Glassman for several decades. The founder of CrossFit was the first person in history to define fitness in a meaningful and measurable way.

Increased total work capacity and modal domains. Some of these domains include strength, flexibility, power, balance, cardiovascular health, agility, speed, etc.CrossFit constantly varies the functional movements performed at high intensity. All workouts are based on functional movements and these movements reflect the best aspects of gymnastics, weightlifting, running, rowing and more.

These are the core movements of life. They move the larger loads at greater distances so they are ideal for maximizing the amount of work done in the shortest possible time. Intensity is essential for results and is measured as work divided by time or power.

The more work is done in less time or the greater the power output, the more intense the effort. The constant variation of training, functional movements and intensity lead to great gains in fitness. CrossFit is used by police academies, the military, MMA fighters, and many pro athletes all over the world. 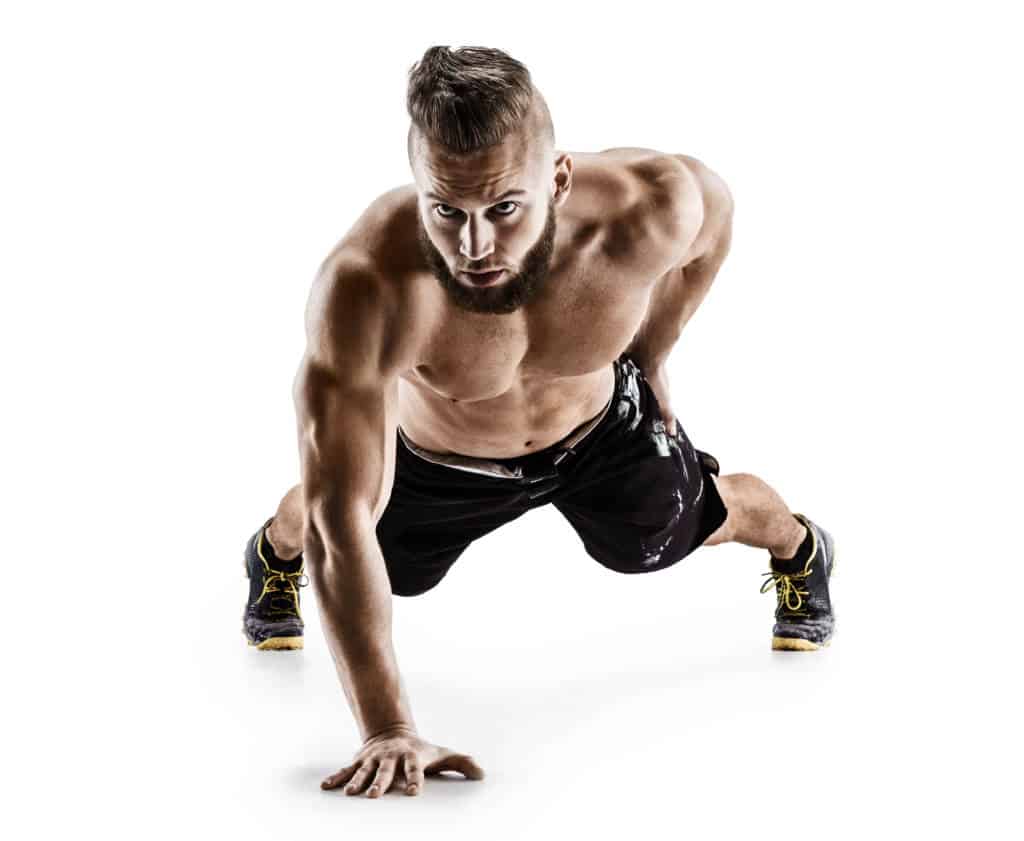 Crossfit has its pros and cons. When done correctly, it is by far, one of the best ways to keep your body in shape. Its combination of strength training, cardiovascular endurance training and flexibility is unparalleled when compared with other training programs.

On the flip side, the truth is that you can have the best of both worlds when it comes to overall physical condition and endurance but if you intend to pack on size to reach your full genetic potential CrossFit might not give you that.

The Journal of Exercise Physiology published a study where 26 male participants between 20-32 years old and with a minimum of one-year training experience were subject to a training experiment. The selected group was divided by one-half Crossfit practitioners and the other half were traditional weightlifters.

The first group(crossfitters)would be training under the guidance of a certified CrossFit trainer. The weight lifting group would train following the standard methodology of  The American College of Sports Medicine which would include the traditional Periodization principle,1-12 max reps and some heavy lifting(1-6 rep max)with more rest between sets(3-5 minutes).

The test would include  Pullups, Shuttle Run and Countermovement Jump  and all participants would perform the same exercises randomly. The results showed no significant differences regarding muscle strength except for the pull-ups where weightlifters performed more reps and in  VO2 max (Maximal Oxygen Consumption or Maximal Aerobic Capacity) where Crossfitters performed better.

So based on these results researchers concluded that Crossfit athletes were more conditioned or trained for endurance and jumping but weightlifters were relatively stronger.

CrossFit is a very high-intensity workout. It is traditionally believed that prolonged high-intensity exercise will rob you of muscle mass since the body needs a more significant source than fat when glycogen stores in the body are depleted and therefore catabolism occurs.

There is also the risk of a not very common condition called  rhabdomyolysis  in which the muscle fibers reach the point of rupture and enter the bloodstream causing severe damage to the kidneys. The Crossfit exercises are also fixed. The only changes are made by scaling the load or intensity and not the program itself. That means, after some time, you may hit a plateau.

Among its disadvantages is the fact of adding a variety of training in one single session. The ideal would be to include metabolic conditioning sessions separate from strength training sessions in which the focus would be on developing the technique and performing without being under extreme fatigue.

The development of metabolic conditioning and strength at the same time is not impossible, but the reality is that there are more safe and feasible methods than Crossfit which do not require the knowledge of complex exercises such as those that are used very often in the WODs. 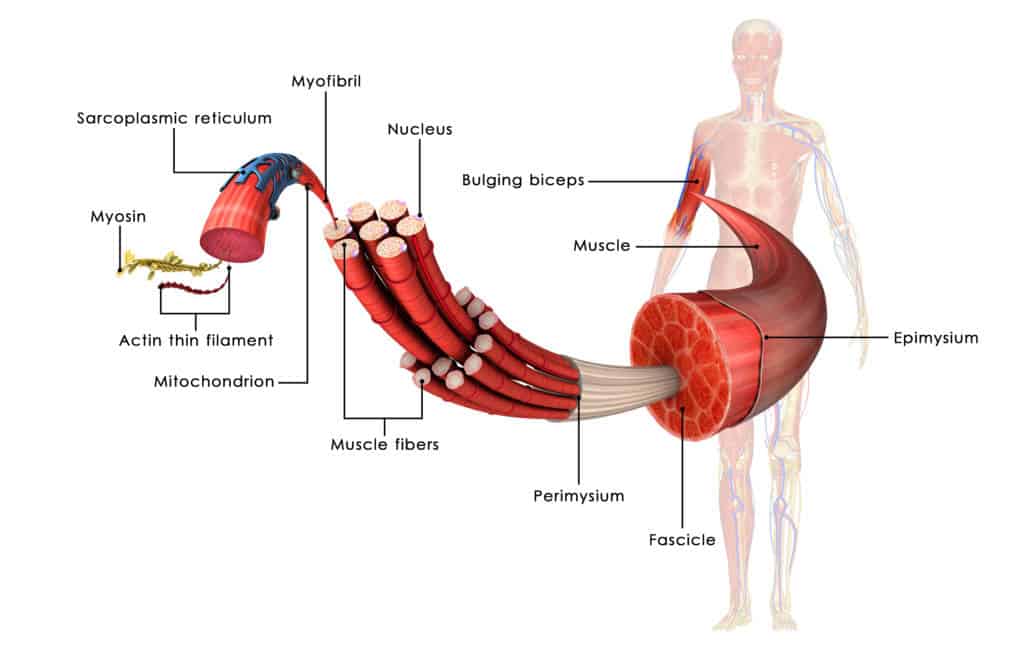 Focused hypertrophy is usually overlooked by coaches and athletes in competitive CrossFit.Many exercises in CrossFit require high repetitions but not all muscle groups respond in the same manner. The skeletal muscle is comprised of two main muscle fibers (myocytes)  which respond differently and accordingly to a specific exercise or training.

Slow-Twitch fibers or type I

These are activated during prolonged endurance exercise or higher reps sessions. They contract slower than fast twitch fibers.

They are subdivided into Type IIa and Type IIb.The fast-twitch(Type IIa)use both aerobic and anaerobic metabolism, so they are a kind of hybrid between type I and Type II muscle fibers. The Fast-twitch or type IIb are the ones that can contract more rapidly, but at the same time, they fatigue at a faster rate.

The main point here is that not all sports athletes, bodybuilders or crossfitters are blessed with the same types of muscle fibers either fast or slow. For example, sprinters can have up to 80 percent fast twitch fibers while on the contrary marathon runners may have the same but as slow-twitch fibers.

An untrained individual may have an average 50/50 balance of fast and slow fibers but people who engage in any exercise activity for the long term can change their fibers composition as above explained.

How does this relate to Crossfit training is very simple since CrossFit is mostly about high-intensity and high reps, the average crossfitter is persistently working their slow-twitch fibers which respond to longer workout sessions with little rest periods.

Unlike standard weight lifting which is all about getting the muscle to its full potential through activating both types of fibers which translates to greater gains in strength and muscle.

For example, when performing deadlifts above 6 repetitions, the hamstring muscles stop working after the 5th repetition because they are primarily fast-twitch muscle fibers. Performing heavy lifting under an advanced state of fatigue and competitive pressure increases the likelihood of injury.

Performing deadlifts, bench press and pull-ups under these conditions is not advisable and can be achieved with other, safer methods. With that being said you may wonder if Crossfit training and crossfitters alike ever take or consider these concepts and apply them to their practice.

If you want to build lean muscle you need to be in a caloric surplus. This is the biggest obstacle for people who participate in CrossFit and aim to gain more muscle mass.CrossFit nutrition is based on the popular Paleo Diet which has been proven to work for some people, but when it comes to building muscle, it is not enough to get the calories mostly from protein and fat sources.

If you want to gain maximum muscle size, you can’t miss out on your carbs. Carbohydrates can spare protein and are the main source of energy in the body. There is no other source of energy more effective when performing intense workouts.

Complex carbs restore muscle glycogen which helps proteins reach cells more efficiently and quickly. This also causes to build lean muscle mass and burn more fat at rest. If the body does not get carbs right after high-intensity workouts, it is likely to use proteins as a source of energy, and in the worst case, this may result in the breakdown of the muscle proteins that are used to recover glycogen lost during intense sessions. 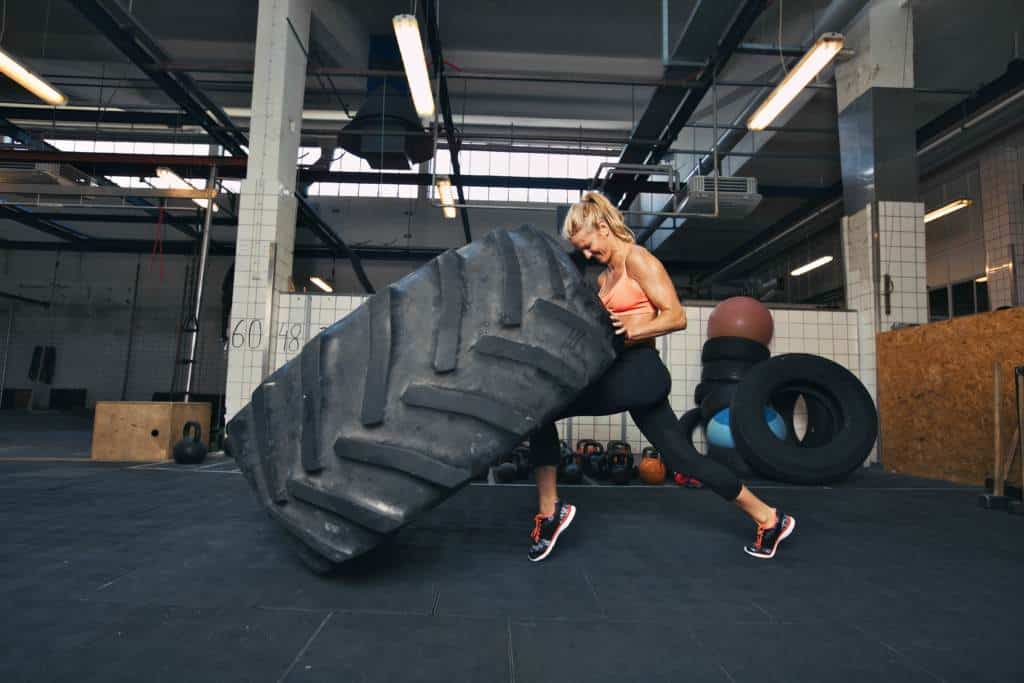 The CrossFit is perfect for athletes who are already trained and who want to be part of a competition fitness program or who wish to train to the extreme.It is not designed for those who do not have experience with powerlifting or even anyone who have not previously lifted weights.

When you’re working out with very heavy weights, you want controlled movements. You can’t afford to lift the weights fast and furiously, the way they do at Crossfit sessions. You’ll probably end up throwing your back and putting yourself out of commission.The CrossFit training system is based primarily on speed and overall weight being lifted. The emphasis is not on technique.

Crossfit training routines are not predictable. These training known as  “WODs” or “workouts of the day”  are a combination of endurance exercises, barbell exercises, and gymnastics. It would be quite difficult to try to program one mass training during one CrossFit training since both concepts differ from each other.

In traditional bodybuilding, different muscles are trained on consecutive days. The underlying philosophy of training is that muscles need time to recover and consequently increase in size. Crossfit does not focus on increasing muscle mass, so it is common practice to work the same muscle groups on days in a row.

Crossfit may also impede muscle growth if you do it too many times. It is a cardiovascular workout. For people with a high metabolic rate, the Crossfit sessions will burn a lot of calories and put the body in a caloric deficit.

The increased metabolic rate will keep the body burning calories for hours due to the afterburn effect. Since the body needs to be in a caloric surplus for muscle gain, you may be sabotaging yourself without realizing it, if you go overboard with CrossFit.

Another thing unique about bodybuilding is the mind-muscle connection. Ask any successful bodybuilder about this and they will tell you that they intensely concentrate on the muscle that is being worked.

For example, if they do a bench press, they’ll concentrate and try to ‘mentally feel’ the pectoral muscles working. Even though the triceps are working too, all their attention is focused on the pecs. For some strange reason, doing this really gives better results.

However, you just can’t afford to do this during a Crossfit session. You have to be fast and keep moving. It’s all about strength and stamina. The only thing you have time to focus on is not passing out before the set is over.

So, what’s the last word on CrossFit?it could be an effective workout,  if you want to be lean and fit and relatively well-muscled, go for Crossfit, but unless you’re a well-trained athlete there are safer ways to optimize your fitness level.

High-Intensity Interval Training (HIIT) is ideal as it boosts fat burning, muscle development, and cardiovascular fitness, and there are many ways to include HIIT in your program – you do not have to start with CrossFit from the beginning. If you want to have the kind of body that has your shirt on the verge of bursting, stick to traditional weight training. 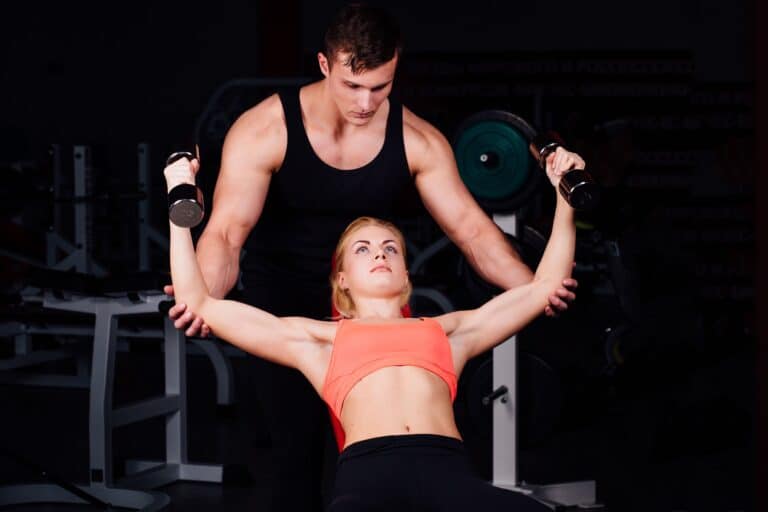 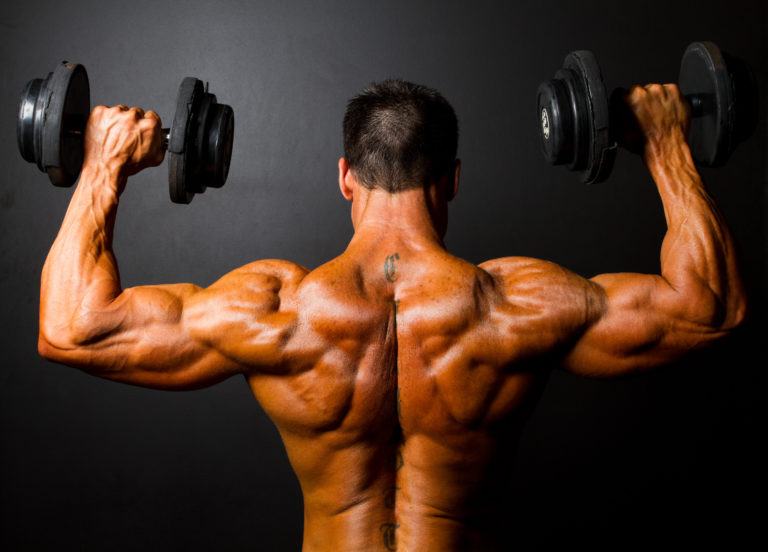 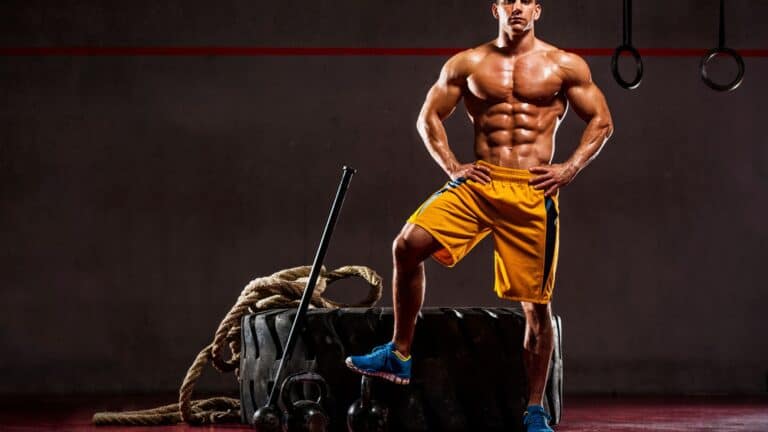 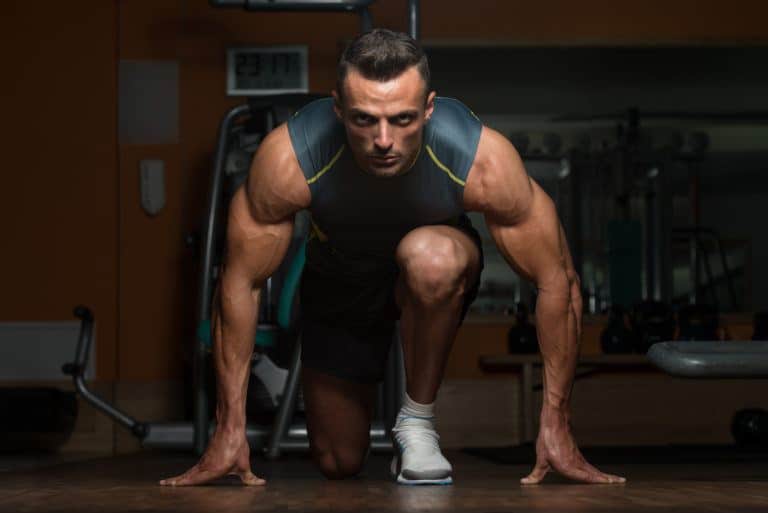 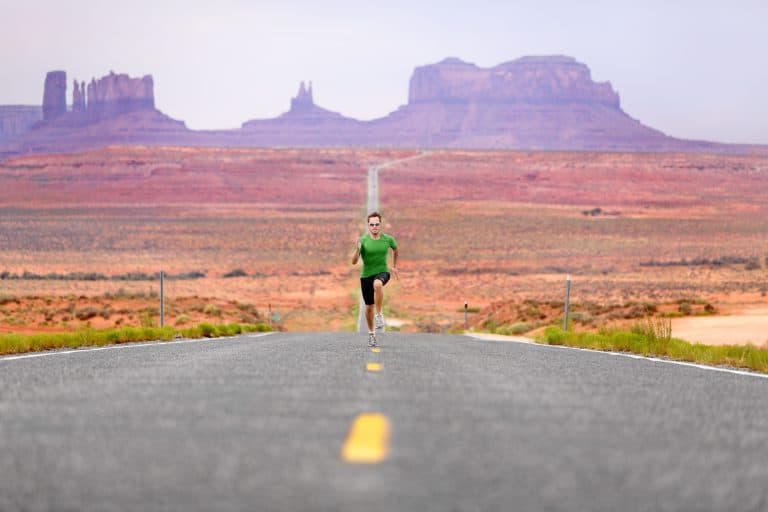