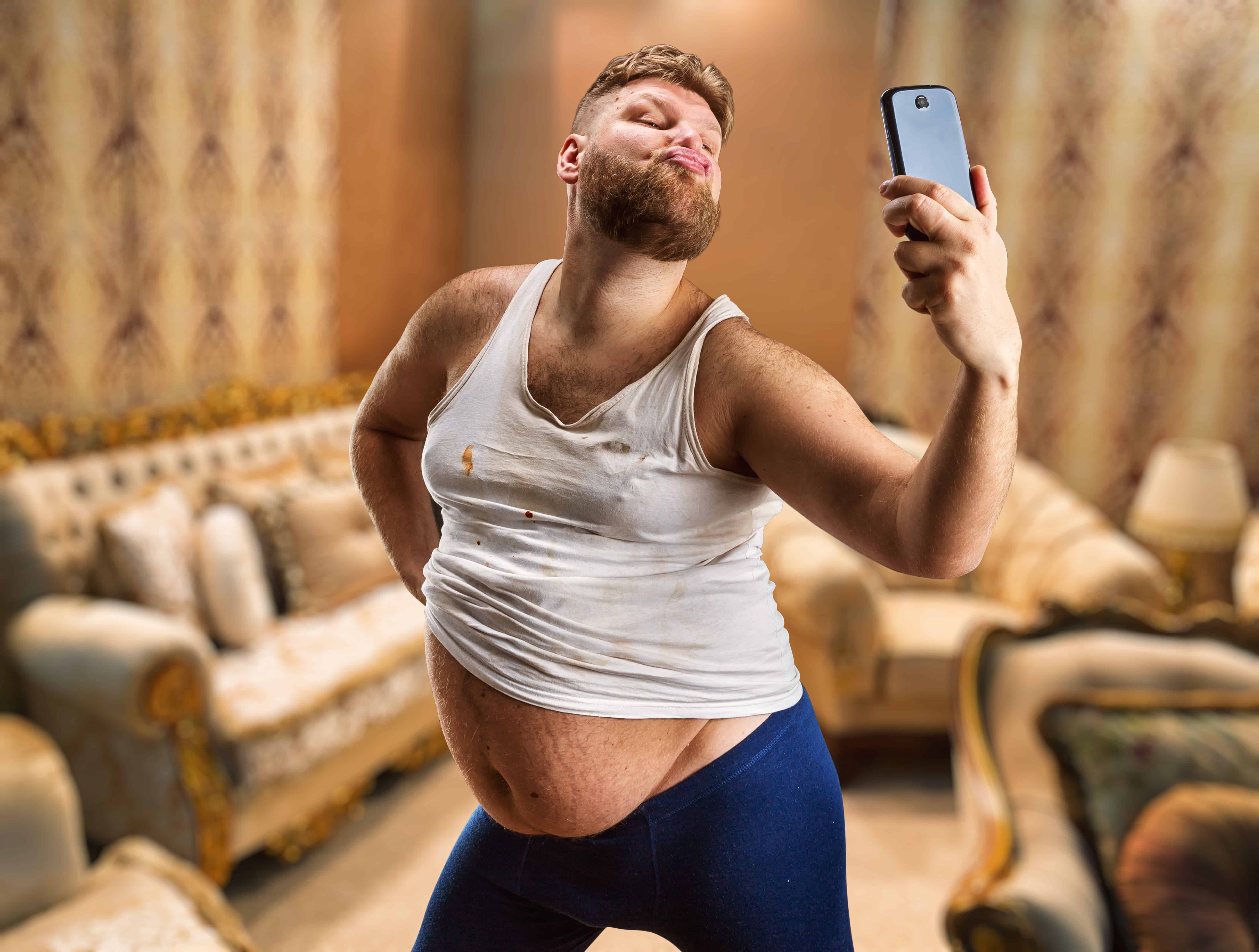 Obesity is a major health issue in the United States. Not only is it one of the leading causes of preventable deaths, but also has many other negative effects on Americans’ quality of life and lifespan. In the United States, more than two-thirds of adults are overweight or obese. This is because we take in more calories than we burn. Most Americans eat too much fat and sugar, and too many refined grains.

As we age, we typically lose half-pounds of bone and muscle mass if we’re not physically active; our body fat is increasing by one pound each year from the age of 25 to 60. This amounts to more than 50 pounds of fat over 35 years.

Additionally, as the weight creeps up, so does the risk of chronic health conditions. It is estimated that anywhere between 20-30% of people with obesity (BMI of 30+) have hypertension (high blood pressure). 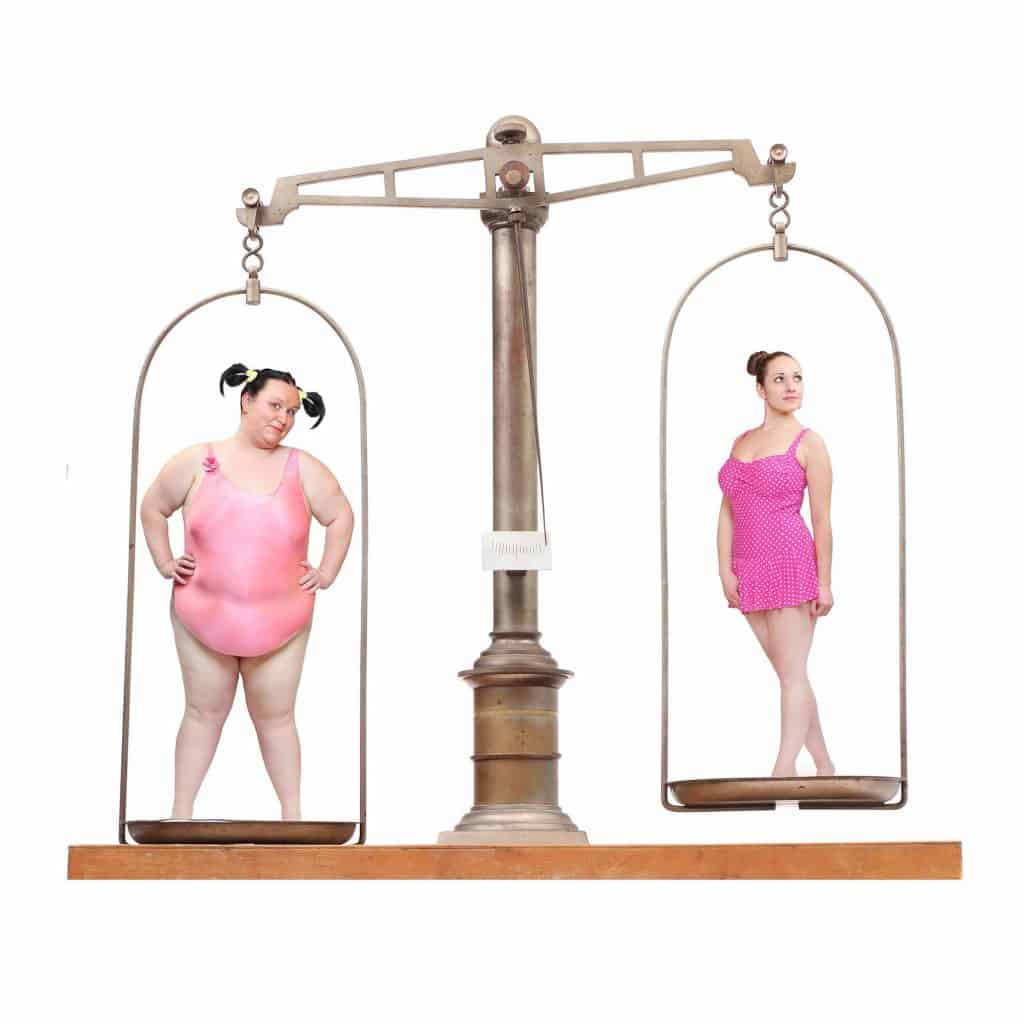 Obesity” is not a single condition or disease – we now have “obesity-related diseases” which are all the different health problems brought on by excess body fat. The amount of time it takes to become obese varies from person to person, but some people develop it more quickly than others.

The first thing to note is that there are two types of obesity: general and central. General obesity refers to when body fat has accumulated all around the body (think apple shape), while central obesity refers specifically to an accumulation on the trunk (beer belly). These two types have different impacts on health levels, as you might imagine.

The most common negative impacts of general obesity are a lower quality of life and higher healthcare costs. As the weight increases, it is harder for the body to perform daily tasks. Your ability to function decreases, as does your mobility and agility, and your chances of injuries and accidents increase.

Unfortunately, general obesity isn’t the only negative association with a high BMI. When you carry excess weight around your stomach and other organs, it causes inflammation which can lead to chronic conditions. While these conditions are associated with excess subcutaneous fat, visceral fat is a more significant risk factor.

Visceral fat also has a strong correlation with insulin resistance. Insulin is a hormone required for energy metabolism, and insulin resistance is a condition in which the body cannot effectively regulate its levels. A more resistant body will have to produce more insulin to lower blood sugar levels.

As the resistance increases, levels of insulin in the blood get higher and higher. This can eventually lead to type 2 diabetes, as well as increase risks of CVD (including stroke), certain cancers (bladder, breast, endometrial), arthritis/lower back pain and sleep apnea.

What is becoming more alarming is the rising chance of these conditions in younger people who are seriously overweight. The role of obesity with this condition is to make greater resistance to the hormone, insulin.

A person who was already considered overweight or perhaps severely obese is at high threat using a sugar-rich diet. One very unhealthy component found in countless sodas is actually high fructose corn syrup. This compound is a lot like extremely concentrated sugar and can send blood glucose soaring.

People who are genetically at higher risk for obesity may be more likely to benefit from maintaining a healthy diet than those at a lower genetic risk, according to a new study in The BMJ led by a team of Tulane medical researchers.

Junk food may not look like much (for example, boxes of sugary cereal and soda cans seem rather harmless). But these foods wreak havoc on your body by causing fatty liver disease, which is linked to insulin resistance and diabetes. The typical American consumes way more than 10 percent of their daily calories from sugar.

Refined sugar has been implicated in the development of fatty liver disease.  Even though there are “sugar-free” junk foods available, they still contain a lot of processed carbohydrates and harmful preservatives.

Most importantly, these foods are high in calories. A large percentage of junk food calories come from added sugars and unhealthy fats. Eating these ingredients can throw off your hormones and eventually cause insulin resistance. This condition is linked to chronic inflammation, which triggers a number of chronic diseases such as obesity, heart disease, cancer, and type 2 diabetes.

The link between Obesity and Heart Disease

An Obesity and Heart Disease study conducted by the American Heart Association showed that obesity (BMI between 23 and 25) in middle-aged women increases the risk of non-fatal or fatal coronary heart disease by 50%, while in the 40-65-year-old male population and the BMI between 25 and 29, the risk stands at 72%.

The Framingham Heart Study examined the link between Body Mass Index (BMI) and risk of heart disease. The results showed that for every 5- unit increase in BMI, the risk of developing cardiovascular disease increases by 16%. Risk increases with increasing BMI.

Obesity can cause high blood pressure, which is a major factor in causing heart disease. By itself, obesity is not sufficient for high blood pressure; it is often a contributing factor along with other factors such as age, gender, and existing conditions such as diabetes or kidney failure.

As along with several of our bodily processes, unwanted fat puts a severe load on the body. All of the body fat is found in living tissue, and, therefore, it requires vital oxygen along with other nutritional needs. It all leads back to the heart obviously because that is what moves the blood.

There can also be an increase in the pulse rate as it works in reaction to all that demand. The predicament of being overweight is an overall highly adverse impact on all the body’s organs.

There are many more equally dangerous problems that can easily be a consequence of an overweight condition.

Other serious disorders of obesity 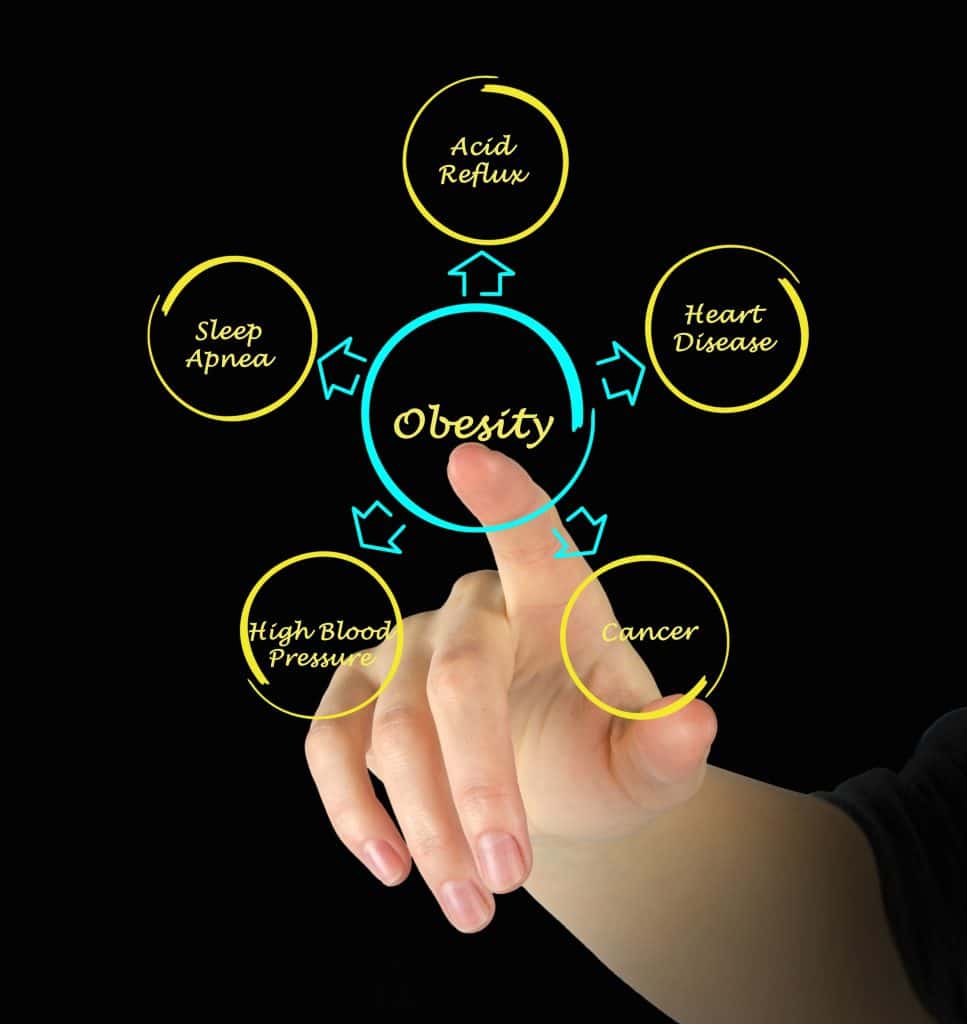 Apart from the fact that your health is affected during your life, obesity can also have a dramatic impact on your family’s health. Children born to obese mothers are more likely to be overweight and might become obese themselves as they grow older. These children are also more likely to suffer from asthma, bone problems, constipation, and ear infections, so it’s important to keep this in mind when pregnant.

Many of the same conditions that run in your family can be passed down through both heredity and the environment. If your parents have a genetic condition, such as diabetes or high blood pressure, there’s a good chance that their health problems will be passed down from generation to generation.

A family history of these conditions is no guarantee that you’ll suffer from them as well, but if you don’t take care of your body and keep an eye on what you eat, it increases the risk considerably.

It may be that you are obese and thinking about trying to get pregnant. But are you aware of how obesity can lead to infertility? Being obese can impair a woman’s ability to conceive because it changes hormone levels that affect the menstrual cycle, ovulation, and other reproductive hormones.

Obese women also have an increased risk of having a miscarriage. And if they do become pregnant, they are more likely than normal-weight women to suffer from gestational diabetes during pregnancy which is more damaging in pregnancy than after delivery.

if you are obese, there’s a great chance that you will suffer from degenerative cartilage damage. Common issues related to joints are seen to take place in highly obese people. Particularly at-risk joints are the knees and hips, plus the reason for that is they carry so much weight.

The greatly obese person can be at increased risk for joint issues such as osteoarthritis. Patients with overwhelming weight problems will not always make for the best prospects for man-made joints. People that are not obese can normally undergo successful joint replacement surgery.

Overweight people basically do not have a good alternative in this case. There are many specific risks involved if surgery happens because of the mechanism of the overall situation. The increased weight could cause the joint to be loose which can further harm adjoining bone.

So What Can We Do About It?

In many cases, obesity is caused by poor diet and exercise habits. So, what can you do if you already have a few extra pounds? The solution to this problem is clear: get more exercise and reduce your calorie intake. Numerous studies (and common sense) have shown that both aspects of health are important to the maintenance of a healthy weight.

Unfortunately, studies on just how much exercise or calories are needed for permanent weight loss have been inconsistent between individuals. Some people can cut out 500 calories per day and lose 2 lbs/week without altering their physical activity. Others need to exercise for 30-40 minutes daily and cut out over 1,000 calories per day to get the same results.

However as mentioned earlier, there are many other factors that can affect your weight, and being overweight is no different from having a problem with your metabolism or eating behavior. For example, you can try to stimulate your metabolism by changing your lifestyle.

You should keep being active and sleep enough every night. Those who exercise regularly have healthier overall bodies than those who don’t exercise at all or do it only occasionally. Try all kinds of healthy foods that are available in the market to get a healthier diet. Eat regularly and avoid overeating because it will make you gain weight easily.

While there is still no concrete answer as to how much exercise or calories are needed to produce a permanent weight loss, one thing is for certain: any weight loss program that does not include both physical activity and calorie reduction is doomed to fail. These interventions should be a mainstay of any weight loss program and should be tailored to each individual based on their preferences and medical conditions. 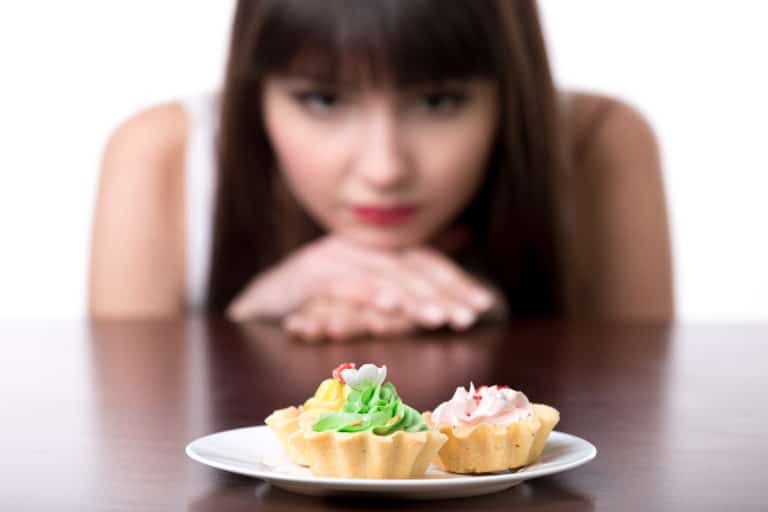 Moderate amounts of sugar are vital to the proper functioning of our bodies. Too much sugar, and you may run into some serious health issues. Sugar addiction is a serious issue and many people are struggling with the condition and have absolutely no idea that they have an addiction. Eaten in moderation, sugar can offer… 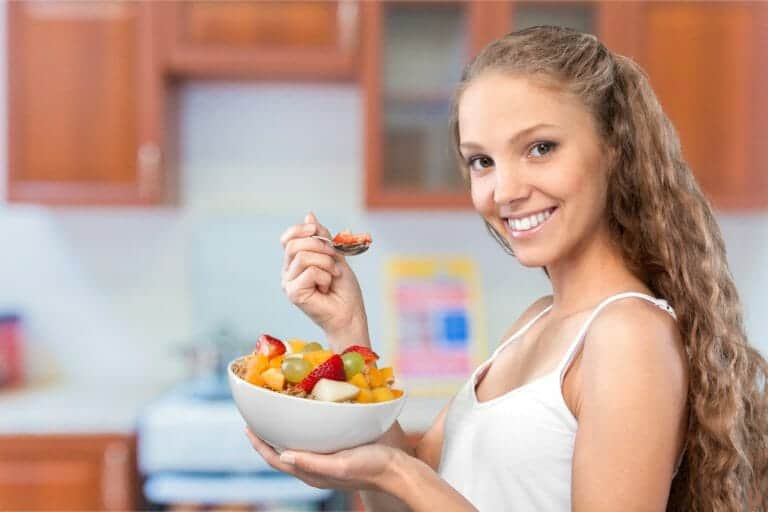 You’ve probably heard over and over again that proper hydration is vital to your health. Not drinking enough water can lead to dehydration, causing other unpleasant conditions such as headaches, fatigue, muscle aches, and cramps. But did you know that on average, about 20% of the daily water intake comes from solid foods, most notably… 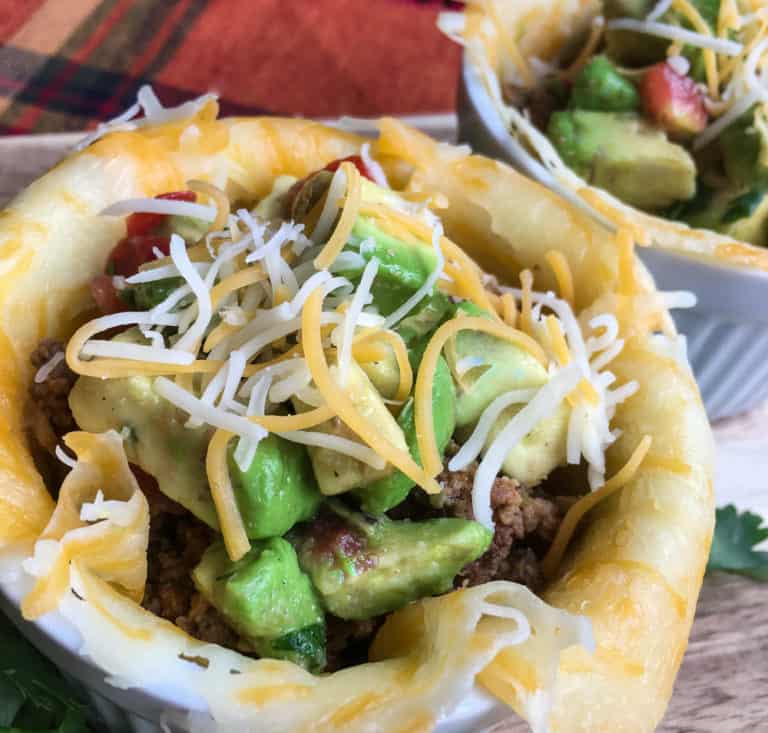 The Keto Taco Bowls with avocado salsa recipe is a delicious treat perfectly intended for  Keto dieters. The keto diet, or ketogenic diet, is a high-fat diet that is moderate in protein and low in carbohydrate. This ratio of macronutrients allows the body to use fats as a primary energy source. These fats convert into… 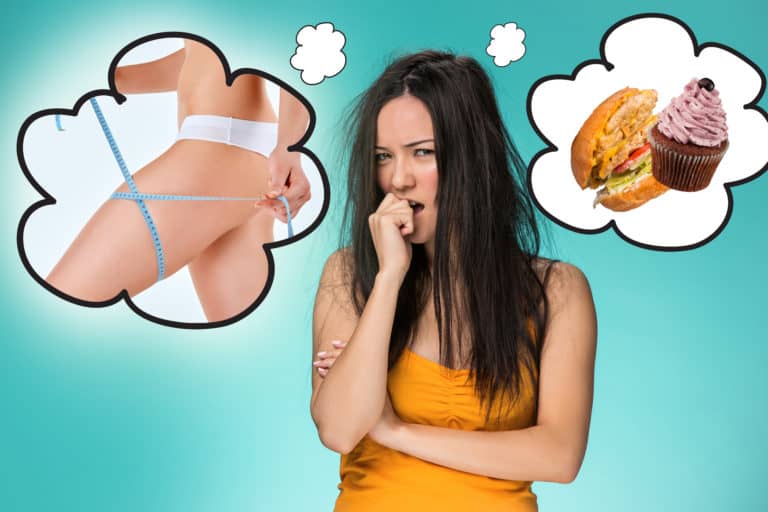 Meal replacement shakes, vegetarian meals, calorie restriction–you’ve probably tried these methods in your quest to lose weight. Sometimes it can be frustrating when the scale doesn’t seem to budge. Are you doing it wrong? Are you doomed to be stuck at the same weight? Or, perhaps you need a healthy jump-start to your new health… 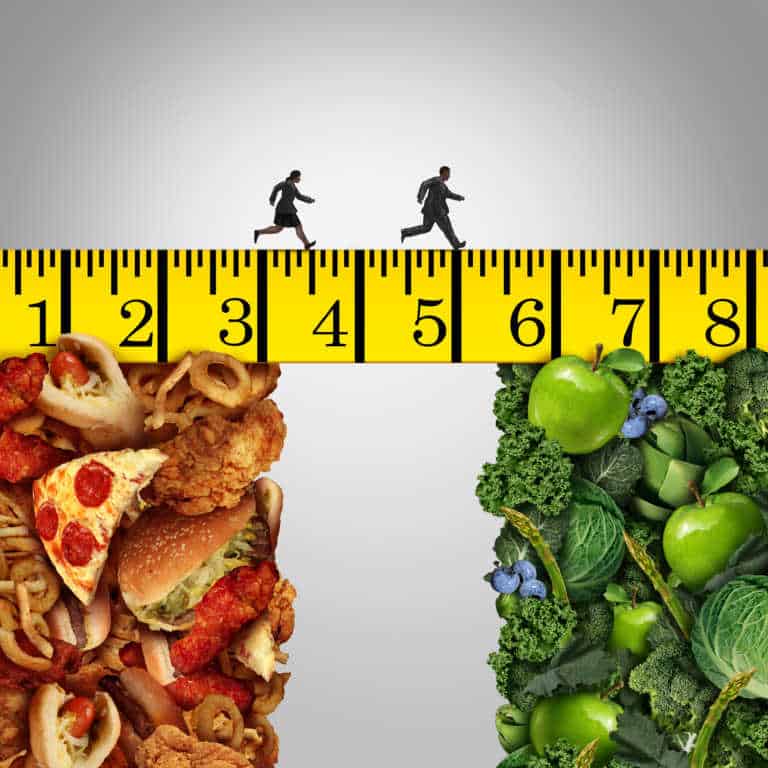 When it comes to choosing foods that are of higher nutritional value and health benefits, in general, there is no doubt that whole food recipes are the way to go. The more studies scientists conduct on nutrition, the more they realize that we should be eating the way our ancestors did a hundred years ago….