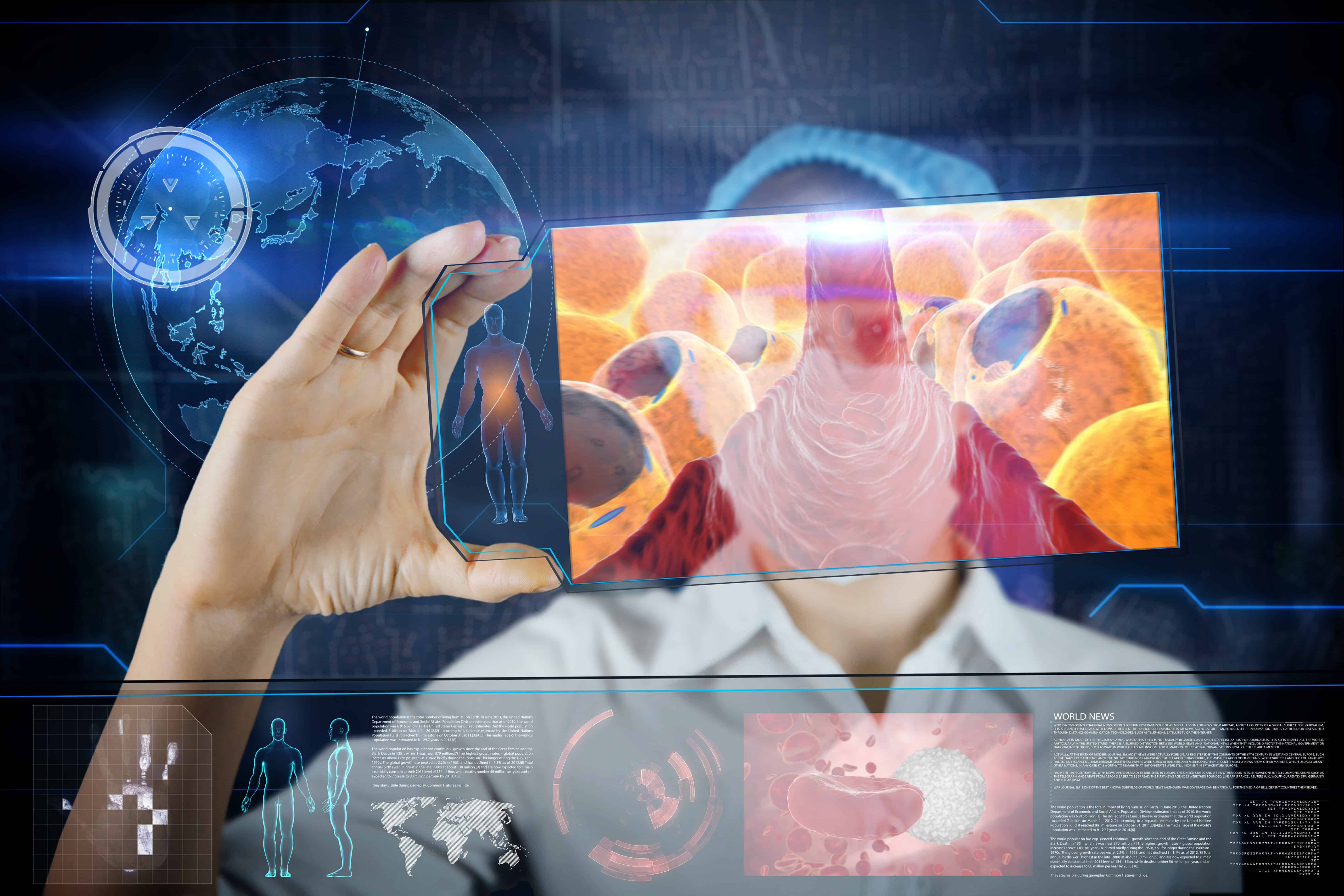 You probably didn’t know this, but the fat in your body is made up of two colors- white and brown. According to scientists, each fat serves a different purpose as we will discuss below. Also known as brown adipose tissue, brown fat is particularly abundant in infants and hibernating mammals. Research has also shown a significant amount of brown fat in metabolically active adults.

Brown Fat Vs. White Fat: How do they differ?

White fat, also known as white adipose tissue, is the fat that stores energy in single large oily droplets, which eventually accumulate in your body.

The fat’s main purpose is to keep your body warm by insulating all your organs.

Unlike brown fat which burns calories in a process known as  Thermogenesis, white fat does not. Instead, white fat accumulates around your skin and organs, which increase your risk of serious chronic diseases.

Excess accumulation of white fat in the body and particularly in the mid-section may lead to obesity, and increase your risk of heart disease, diabetes, and other diseases.

Brown adipose tissue, on the other hand, is a special type of fat that becomes activated when exposed to cold environments. Its main function is to produce heat which helps maintain your body temperature when exposed to low temperatures.

It also contains a high number of iron-rich mitochondria compared to white fat. The iron is responsible for its brown color.

The mitochondria in brown fat cells are the “engines” or “powerhouses” that cause it to create heat without shivering in a process known as brown fat thermogenesis. In the process, excess calories are also burned.

Due to its fat and calorie-burning properties, researchers have suggested the possibility of brown adipose tissue being used as a potential treatment for obesity and other metabolic conditions.

Recent research indicates that brown fat has a lot more health benefits than it was previously thought to. By increasing the fat burning cells in your body, you have a higher chance of losing weight, improving cardiovascular function, boosting the immune system, and so much more.

That said, let’s have a look at some of the best benefits of brown fat in the body.

As we stated earlier, brown fat burns fat to maintain your body’s normal temperature, but also burns calories in the process.

As a matter of fact, research indicates that brown adipose tissue may actually help you shed extra pounds and basically stay thin.

Buts it’s not just about the fat burning calories.

You see, a large percentage of brown fat tissue is commonly found in organs that are known to have high metabolic activity.

These organs include the liver, adrenals, and kidney. The brown fat surrounding these organs keep their temperature at optimal levels (usually approximately 98.6 degrees) which allows their enzymes to work efficiently and effectively.

What this means is that having more brown fat in your body makes you burn more calories. Even if you eat calories than your body actually needs, you will still achieve weight loss.

If you’re planning to lose weight, perhaps working on increasing your brown fat in your body can do the trick. We will discuss some of the best ways to increase brown fat below.

2.Reduces the accumulation of white fat

As we said earlier, a high amount of white fat in the body, especially in the midsection increases your risk of obesity, heart disease, diabetes, and other chronic health issues.

Research, however, indicates that increasing brown fat in the body subsequently decreases the amount of white fat stores.

Of course, this means a reduced risk of obesity, cardiovascular conditions, diabetes, aging, stroke, lower cholesterol levels, and other issues.

A study conducted at Stockholm University found that brown fat cells can alter the uptake of blood sugar by absorbing sugar in the blood to fuel your muscle cells.

So basically, increasing brown fat in your body is a sure fire way to keep your blood sugar levels stable.

One of the major causes of conditions like obesity, extreme fatigue, headaches, poor skin and hair health, stress, and more is having a slow metabolism.

A slow metabolism makes your body feel sluggish, and losing weight becomes an even harder task. It’s even worse when you have a high amount of white fat in your body.

The good news is that brown fat boosts your metabolism by increasing fat and calories burning. And as you probably know, a faster metabolism leads to less body fat and ultimately more muscles, not to mention a tremendous energy and mood boost.

How to Increase Brown Fat in The Body 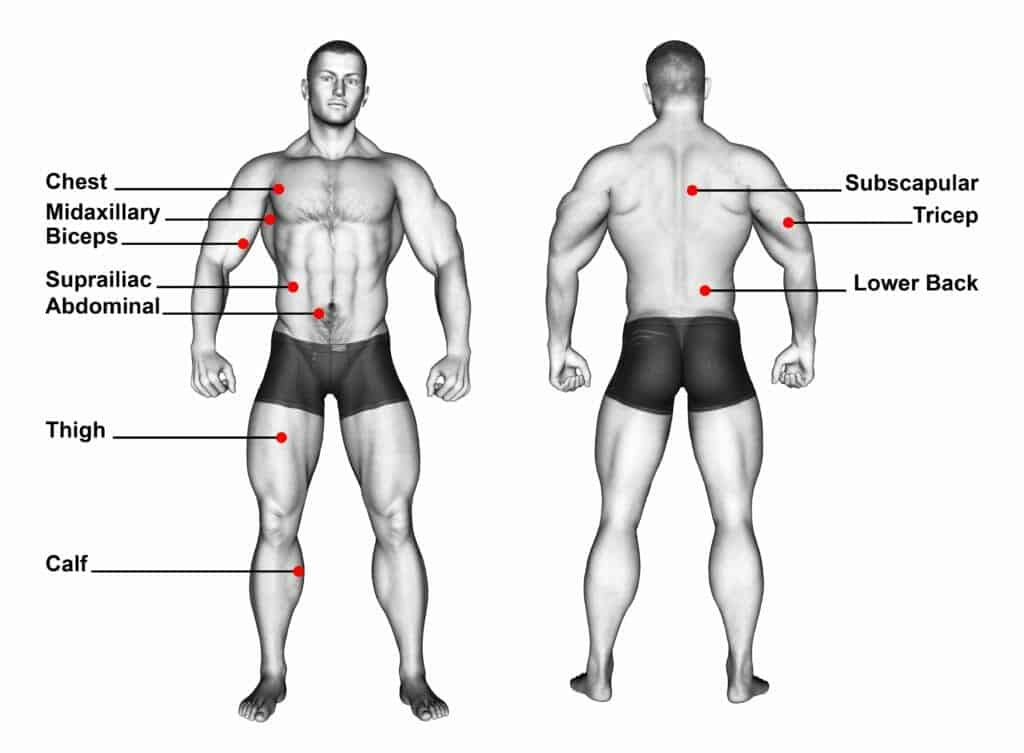 Now that you understand the major benefits of having brown fat in your body, let’s have a look at some of the best ways to stimulate it;

Of course, exposing your body to low temperatures may not be the most pleasant thing. However, researchers have pointed out that the extensive use of heating and air conditioning system largely contributes to a reduced level of brown fat.

This simply means that by spending more time in the house, you’re merely depriving your body these beneficial fats.

Researchers suggest that exposing your body to cool temperatures may lead to brown fat activation and even increase the production of brown fat in your body.

In fact, this research (http://diabetes.diabetesjournals.org/content/diabetes/64/7/2346.full.pdf) shows that exposing your body to cold temperatures just 2 hours a day is enough to increase brown fat in your body.

You can take cold showers, swim in a pool full of cold water, or even have an ice bath. Researchers have also reported the positive effects of wearing chilled bodysuits. Apparently, wearing the suits can burn up to 250 calories in a matter of 3 hours.

You’re well aware that regular exercise can help you lose weight and keep heart disease and other conditions at bay.

What you probably don’t know is that working out can actually increase the activity of brown fat in your body.

Basically, research indicates that exercising regularly increases UCP1(Uncoupling Protein1) activity in brown fat. It’s also said to have a positive impact on the hormones that control body fat and the development of muscle mass.

In one mice study, reports indicated that irisin, a form of protein, can transform white fat into brown fat. According to the researchers, people who engage in intense aerobic activities may have higher levels or irisin compared to those who lead a sedentary life.

To increase your brown fat levels through exercise, you can run, jog, skip rope, swim, play football, or basically any exercise that gets you sweating.

In one study, scientists discovered that overfed mice had more brown fat which in turn burns more calories, helping them stay leaner. The mice also had a reduced risk of obesity and other metabolism-related issues.

According to science, eating to satiety has a positive effect on brown fat activity. It’s also said to activate the neurons that regulate your hunger hormones.

However, eating to satiety doesn’t mean overeating anything and everything. You stand a high risk of becoming obese if you overeat in a bid to activate brown fat.

The trick is eating healthy and balanced foods and incorporate regular workouts.

Furthermore, getting enough sleep doesn’t just activate brown fat; it also protects you against a wide array of health issues. Be sure to avoid late-night TV watching, computer, and phone screens, and reducing sunlight exposure during the day.

In addition to getting adequate sleep to increase melatonin, you can also take melatonin supplements and achieve similar benefits. Increasing your intake of coriander, cardamom, tomatoes, cherries, and almonds can also help boost your melatonin levels.

One of the biggest causes of obesity is excessive stress and anxiety. According to research, the more stress you have, the more your body stores unhealthy fat, rather than activating brown fat.

Studies have found that eating apples could increase brown fat activity in the body, thanks to its high ursolic acid concentration. 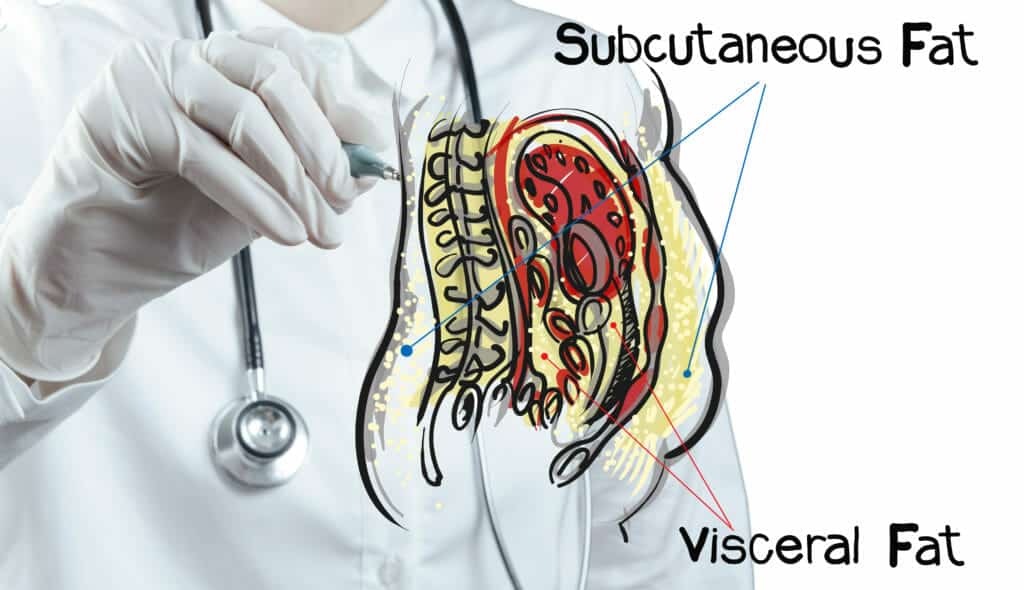 Brown fat is something that most people are not familiar with. There is still a lot to learn and understand from this scientific revelation. Here are some of the facts you probably didn’t know about brown fat;

As we mentioned earlier, brown fat is activated when your body is exposed to low temperature. When activated, it burns to stabilize your body temperature. So taking regular showers could be beneficial after all!

•It’s found in strategic locations in the body

Unlike white fat which is found anywhere, brown fat cells are only limited to specific areas. These include shoulders, chest, down the spine, kidneys, liver, and the adrenals

•It is sometimes difficult to find

Unlike white fat, it takes a combination of PET, CT scans, and radioactive glucose injections to identify metabolic brown fat cells. More research is being done to make the process much easier, less invasive, and more cost-friendly

•Taking a Mirabegron pill could activate your brown adipose tissue

According to research findings published in the Journal of Cell, mirabegron, a type of medication that helps treat an overactive bladder, could help stimulate the same receptors found in white and brown fat. Research indicates that the pills could be used to treat fatty liver disease in patients.

According to research, brown fat in babies makes up about 5 percent of their body mass. In newborns, brown fat is more concentrated on the shoulders, in the upper half of their spine, and on the back. Due to its fat burning capabilities, brown fat helps protect infants against hypothermia.

This is perhaps due to the fact that infants are much more susceptible to cold compared to adults. Its accumulation, however, declines in adult as the iron-rich mitochondria responsible for its color disappears with age

Brown Fat- Wrapping it Up

Although more research about the potential benefits of brown fat is still underway, the new discoveries are getting everyone excited. People want to lose weight and stay healthy without committing to some weird and extreme diets.

People want to keep their blood sugar levels without taking countless pills every single day. By increasing your brown fat levels and incorporating a healthy diet and workout routine, you should be able to keep fit and avoid lifestyle diseases such as obesity, diabetes, heart disease, among others.

Hopefully, you’ve learned everything you needed to know about brown fat, and how you can activate it for a healthier body. 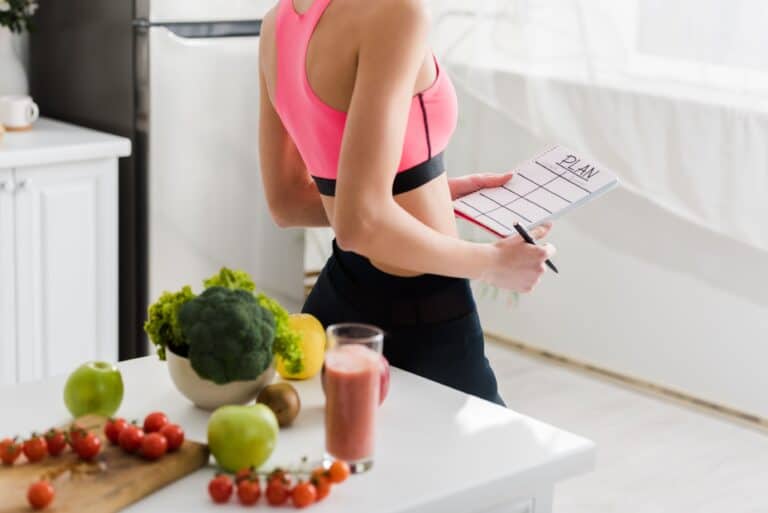 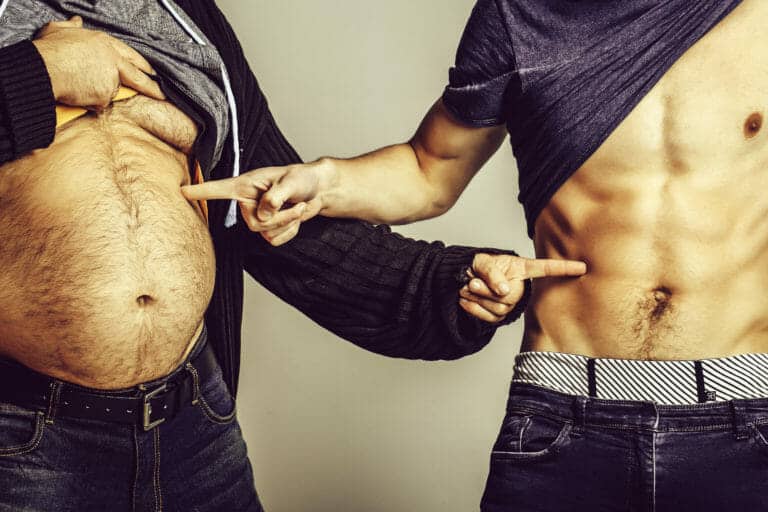 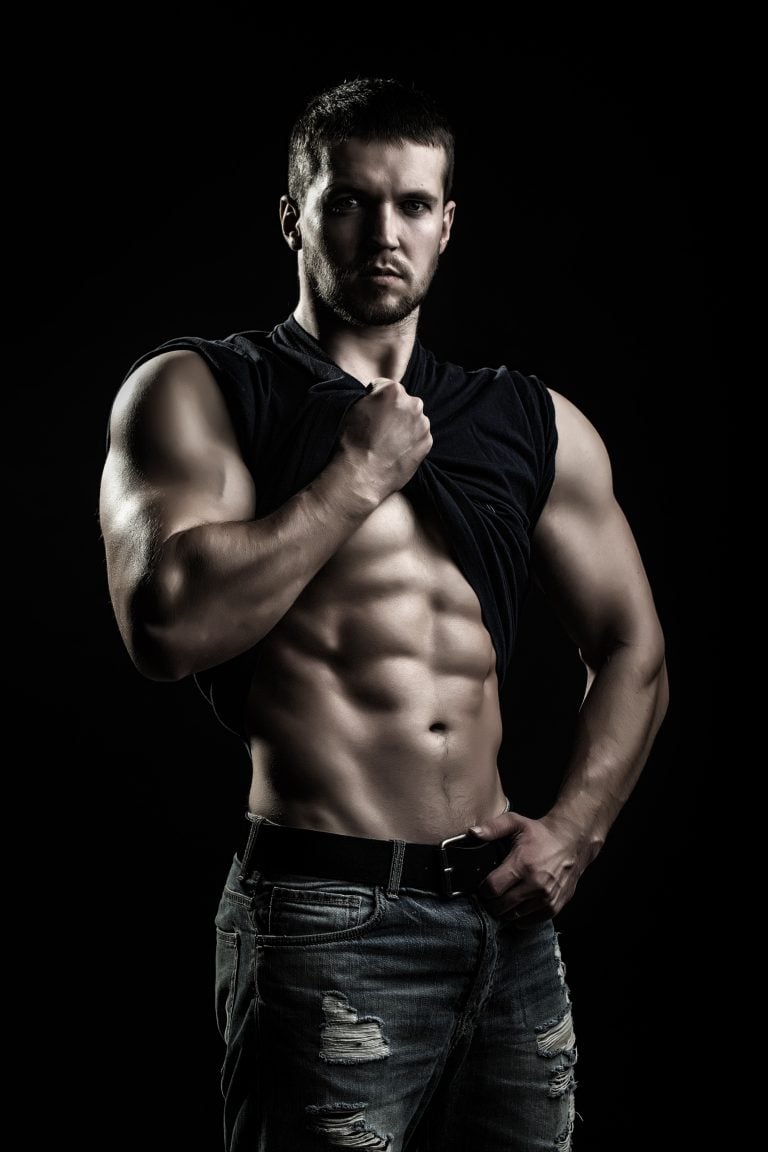 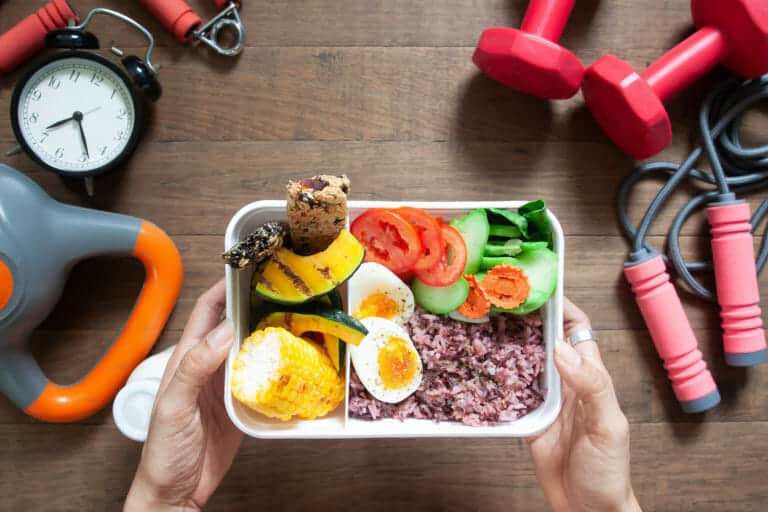