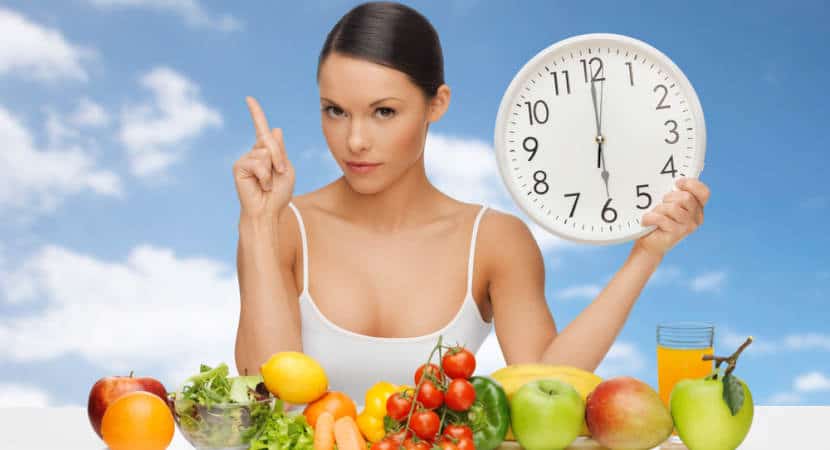 Skipping meals may seem like a simple solution to losing weight because when you stop eating or reduce your regular meals during the day you’re supposed to burn more calories than you eat as long as your energy expenditure is higher but missing a meal can do you more harm than good.Many people skip meals because they lead a very hectic lifestyle or just want to lose weight. However, the effect of skipping meals is often manifested through the amount of food consumed during the next meal which has an impact on overall health.

Although there are studies that indicate that fasting may be beneficial for overweight people when it comes to skipping meals there are many more studies showing that it may be associated with poor health.

Why is not good to skip meals?

When you skip meals regularly, the body’s natural cycle goes into starvation or survival mode. This causes the body to crave the food, and therefore you will tend to overeat.Recent research on both normal-weight men and women skipping meals during the day and eating large amounts of food during late-afternoon led to dangerous metabolic changes. Glucose levels increased during fasting and the response to insulin decreased. If these two conditions were maintained for an extended period of time it could lead to diabetes.

Effect of skipping meals on metabolism 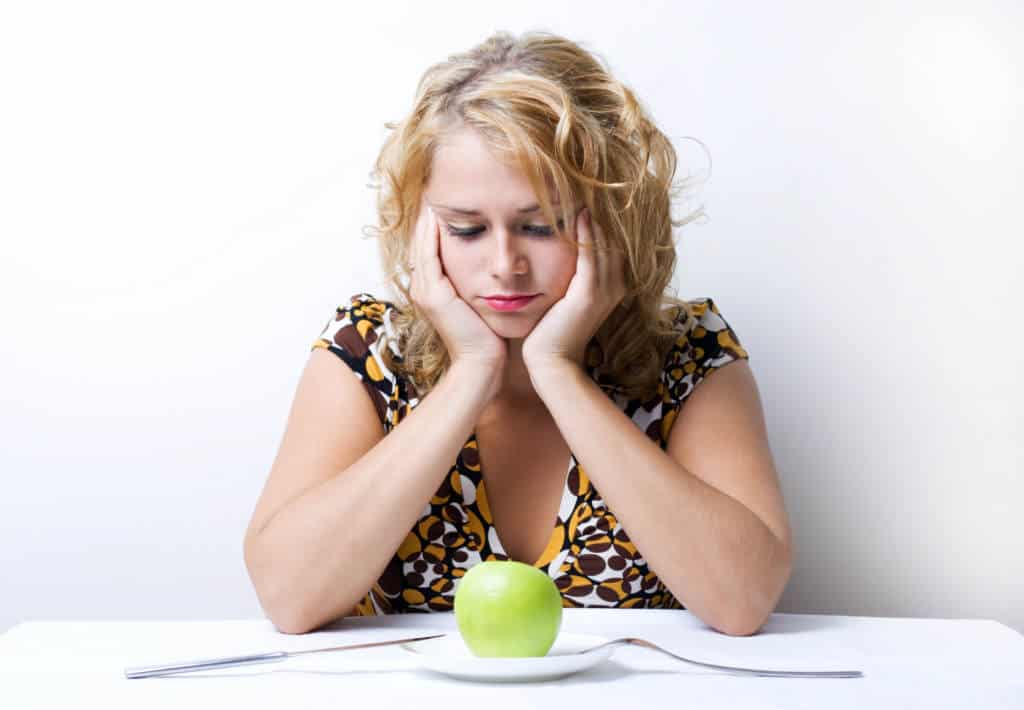 The body uses the calories it burns through the food we eat and convert them into glucose. Skipping meals decreases the metabolic rate and the body’s ability to burn calories and fat at an appropriate rate.

In fact, when you skip meals, you are also often burning calories by  7 to 10 percent more slowly ,and, if you overindulge afterward, the burning process becomes even slower. In short, skipping meals brings a change in metabolism nothing advisable, which leads to anything less than losing weight.

When the body uses  glycogen  as fuel, what actually happens is that you are losing water instead of fat. This happens because each gram of carbohydrate in the form of glycogen is attached to 3-4 grams of water that are stored in muscle or liver.

Any rapid weight loss as a result of skipping a meal is simply a loss of fluid.As soon as you resume eating the body seeks to replenish glycogen stores and the amount of water lost. The body regains the weight it previously lost more quickly.

The problem with this is precisely the period of food deprivation followed by a compensation mechanism: a feast filled with anxiety. Both physically and mentally, this has negative consequences.

Food is the fuel of your body and when you miss a meal, it is as if your body runs out of fuel. 4 to 6 hours after your last meal or snack your sugar levels begin to be affected even sometimes it is not enough with three meals a day.

A prolonged decrease in blood sugar levels not only has adverse effects on the body physically but also reduces concentration levels and affects memory.

It increases the tendency to eat junk food.

In one study at Cornell University, people who skipped meals and went grocery shopping while hungry consumed 31 percent more junk food compared to those who had eaten a snack beforehand.Those who did not consume the snack when skipping meals and feeling hungry selected high-calorie foods. The researchers concluded that people who skip meals tend to consume more junk foods.

The benefits of snacking 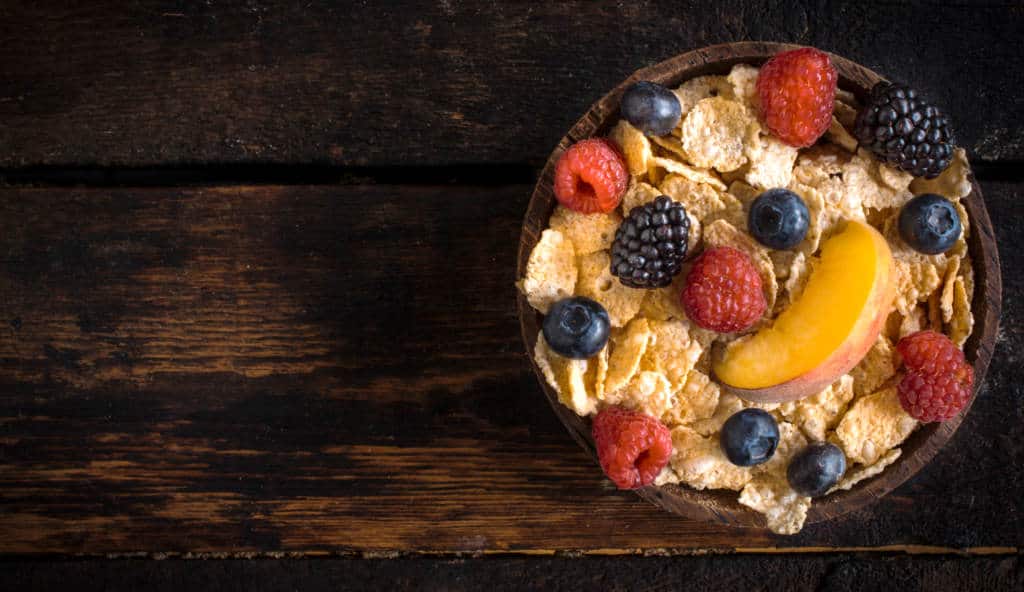 A snack is actually something healthy and is recommended to keep the body functioning properly.

How to consume fewer calories without skipping meals

Many foods are consumed daily that can lead to weight gain. Most of these fall under the category of junk or fast food items that are not nutrient-rich but full of calories.You do not need to skip meals if you can avoid these kinds of foods that offer no benefit to your body.

Another alternative is to supplement your meals with meal replacement powders and shakes, so you can comfortably replace a meal and not skip it, in fact, weight loss programs that include meal supplements are more successful than those that don’t. You can also try protein bars that are also widely available on the market, the most important thing is to check the nutritional content since some of them are loaded with sugar; you just need to check the labels for adequate amounts of protein, moderate carbs, and low sugar levels.

You could say that Skipping meals is pretty much the same as  Intermittent fasting  but it isn’t. The main difference is that with intermittent fasting you must meet your daily calorie requirement for a certain period of time followed by the fasting period, alternating cycles of fasting and non-fasting.
Even though intermittent fasting is a very old and proven practice that has seemed to work for some people, it has its side effects and is not recommended in the case of women with fertility problems, pregnant or breastfeeding.
Skipping meals, on the other hand, is something that is not planned, much less takes into account the caloric requirement according to the person’s body mass index and a healthy food selection.

Metabolism does not slow down by skipping a meal occasionally. The slowdown in metabolism comes after several days of a low-calorie diet, within three days or a week depending on the calorie deficit but by skipping a meal one day doesn’t mean your metabolic rate will crash.

But then, it is not a matter of saying one day that you are going to skip a meal and then come and go on an eating binge at the next meal.

We can conclude that you should not eat less than what your body needs, so the worst thing you can do is skip meals. Instead, the strategy to follow would be to eat healthy nutrient-dense low-calorie foods.  If this turns out to be too challenging for you, you can gradually start changing your eating habits for the best.Even small changes in your eating patterns like cutting down on sugar or switching to whole grain bread might not seem much but eventually, you’ll get out of the habit of consuming these unhealthy foods. 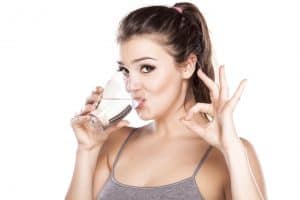 How Much Water Should I Drink To Lose Weight: The Definitive Answer